Let's Get in Touch.

We've received your message and will be in touch soon.  In the meantime, schedule a time to chat with us some more about your project!

Oops! Something went wrong while submitting the form.
Please contact us at hello@unnamedfilms.com or (616) 430-0342 instead.
X

The Story of Unnamed Films

The story of how we got here, and a little bit about where we might be going.

This blog will be the place we share our thoughts and musings about the wedding & film industries, talk about projects we're working on, and anything else important to us.  While this isn't technically the first article we're posting to the blog, it will be the first post-launch.  So, we thought we should talk a little about who we are and the wild ride that led us here.

Unnamed Films was founded in 2015 by myself and David Garrett. We were both working at the same local company at the time, and we had been tossing around the idea of starting a production company to make money for college for a while.  Initially, we were worried that we wouldn't find any business, but were quickly proven wrong when our boss, knowing that we made short films and YouTube Videos on the side, asked us if we would be willing to film his daughter's school play.  Without taking much time to think about it, we said yes.

That week, we filed the LLC, set up a bank account, and took the small amount of cash we had saved up from selling promotional T-Shirts for a recent short film and bought Unnamed Films' first cameras. Our first official job was filming a High School production of The Crucible.

We grew steadily over the next few years, finding consistent work filming live performances and other events.  We became known for our attention to detail, the simplicity of our processes, and how easy it was to contact, book, and communicate with us.  Not long after, we filmed our first wedding for a friend of a friend (and made a whole $40 for it) and used that as a springboard for our wedding business.  As time went on, we went from doing 4 or 5 jobs every year to more than 40.  We brought on a number of additional videographers, hired a communications & marketing coordinator, and expanded the business all while finishing college and holding on to our original full-time jobs.

Four years of college came and went, and by the time graduation rolled around we were easily spending 30-60 hours every week on running this company, all while working full time at our "real jobs".  For a while, we thought that we could continue to do both, but needless to say, it all started to become a bit much.  After some thoughtful consideration (and a particularly intense mental breakdown in my car), we decided it was time to go full time.

And so, we did.  Unused degree in hand, we submitted our one-month notices and set off to work on this business that we've loved and worked so hard to build over the last few years.  It was a terrifying leap to make, especially since we never set out to do what we're now doing (since we initially just wanted to pay for college, we often joke that we "accidently made a real company").

Now in our fifth year of business, we've learned a lot about running a company, working with clients, and making movies.  We've grown from a completely unknown brand to a company known for consistent quality, professional attitudes, and hard work.  We are so proud of our entire team, and of the work that we are able to do together.

You can read more about our current team here. 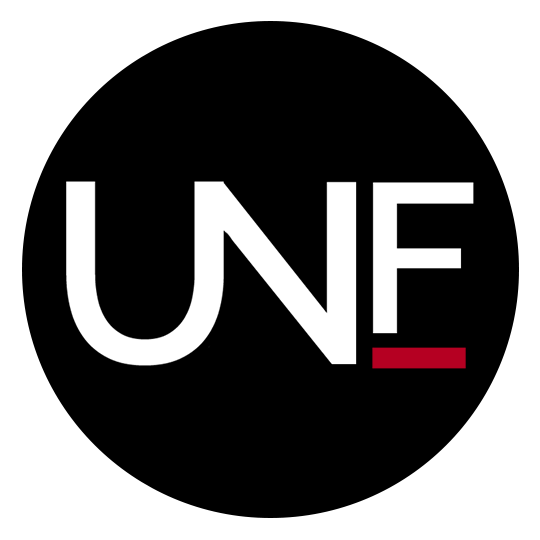 You can check out our wedding packages and past videos to learn more.

Veil Shots: An EXCLUSIVE Behind The Scenes Look

Take a look at the incredibly scientific and not at all awkward process of filming those iconic Veil shots.

Unnamed Films is excited to be partnering with the Grand Rapids Bridal Show to provide promotional videos for local wedding vendors in 2021.

You can check out our wedding packages and past videos to learn more.

Why You Should Hire a Wedding Videographer

We think it's a pretty obvious choice, but we're a little biased.

We're offering live-streaming as a free option with all wedding highlight packages in 2020, and we don't charge any fees for rescheduling events. We recommend reaching out to all of your wedding vendors early and often to make sure everyone's on the same page.

Brittany & Shane got married at the gorgeous St. Alphonsus church in Grand Rapids! Check out some of the gorgeous shots of the Cathedral 👀⛪️

A stunning and unique wedding video, including a stop at the place the couple met ❤️ It's not often we get to stop at the gym on a Wedding Day 💪

Gorgeous couple shots 🎥 Emotion Ceremony 💍 and one heck of a party 🥂. Nazie & Doug's wedding videos were a blast to work on.

Maddy and Leon had a beautiful and HOT August Wedding. However we could not have asked for clearer skies and a happier couple to work with!

Tori & Jacob are two high school sweethearts who made it from the classroom to the altar! We loved celebrating them at Studio D2D in Grand Rapids, Michigan.

Melissa & Tony's beautiful October wedding video is a showcase of gorgeous autumn colors, beautiful moments with friends and family, and a truly joyous energy from both the bride and the groom.